ONE OF THIS WEEKENDS PROJECTS

Posted by Devilboy at 8:56 AM No comments:

THE BROTHERS FROM ANOTHER MOTHER GHOSTFIGHTER SET

When I started collecting Japanese vinyl toys there was nothing that sucked me in more than Secret Base. The stories behind the characters blended with the safe yet horrific vibe of the sculpts was magic to me. I went all in the year of 2005 and haven't stopped collecting since. I met Brian and the guys at Super7 because of their relationship to Hiddy and Secret Base. Brian was able to make his own Secret Base fight toy head sculpt (The Ghostfighter) because of that same love and passion for Japanese vinyl toys and he has made a many fighters with Hiddy and Secret Base over the past 10+ years.

I'm so excited to be able to say I was finally able to help design a release of Secret Base and Super7's Ghostfighter! To have creative freedom on a fight toy that got me started in the Japanese sofubi game was truly and honor and I can't thank Brian (and Hiddy) enough. A while back (I believe at a comic con if my memory is correct) Brian and another collector friend of ours, Scott, were all talking toys. Scott and I said to Brian, "hey man...I think it's time we teamed up and did a release" and the rest is history. Scott used another one of his passion/side projects to base his interpretation of a Ghostfighter off of and I did the same. We chose some vinyl colors and mocked up the paint applications and voila...a few more months than we wanted passed but they are finally here and ready to join the ranks of the previous Ghostfighter releases.

So check out the pics below and if you are at DCON next weekend swing by the Super7 booth and grab a set. They come together bagged under one big headercard and you can see a preview of that below as well. In retrospect I wish we could have done a few bloody chase sets but beggars can't be choosers. Scott and I are super stoked on how these turned out and hope other Secret Base fans are as well. Its barksxwreck x DHP BOOM!

We are super excited to announce that Henry and The Sour Lemon will be selling some DHP goodies at DCON (designercon) this year. More info and updates to follow in this very post so stay tuned.

Can't make it to DCON? Well a small number of The Sour Lemon releases will be held back for our webshop. They will go on sale November 21st at a random time but hint, hint, it could be EARLY AM - between 6 and 9! Grab one if you can!

Posted by Devilboy at 9:59 AM No comments:

It’s so awesome that some of the best parts of going to hxc shows and being in a band when I was younger have carried forward into new experiences and interests as an adult. The hxc, punk and metal scene of my youth was full of that DIY and teamwork spirit that made going to a show much more than just showing up and watching someone perform. Bands helped bands book shows, people shared information on where to print merch, a zine, records or cds and people bought each others stuff to become more informed and keep the community alive.

That same spirit has returned to me now as I have the great pleasure with working with a great new friend in making my own sofubi. There was a time when it looked like I was going to have to stop making toys in Japan because of a serious breakdown in communication and the process but some awesome friends stepped up and opened new doors and lines of communication to make working with HS possible. Even though there is a bit of a barrier in communication because of language at times, the hxc spirit lives and our shared passion for these toys makes it work. HARDCORE LIVES! Arigato Hirota! 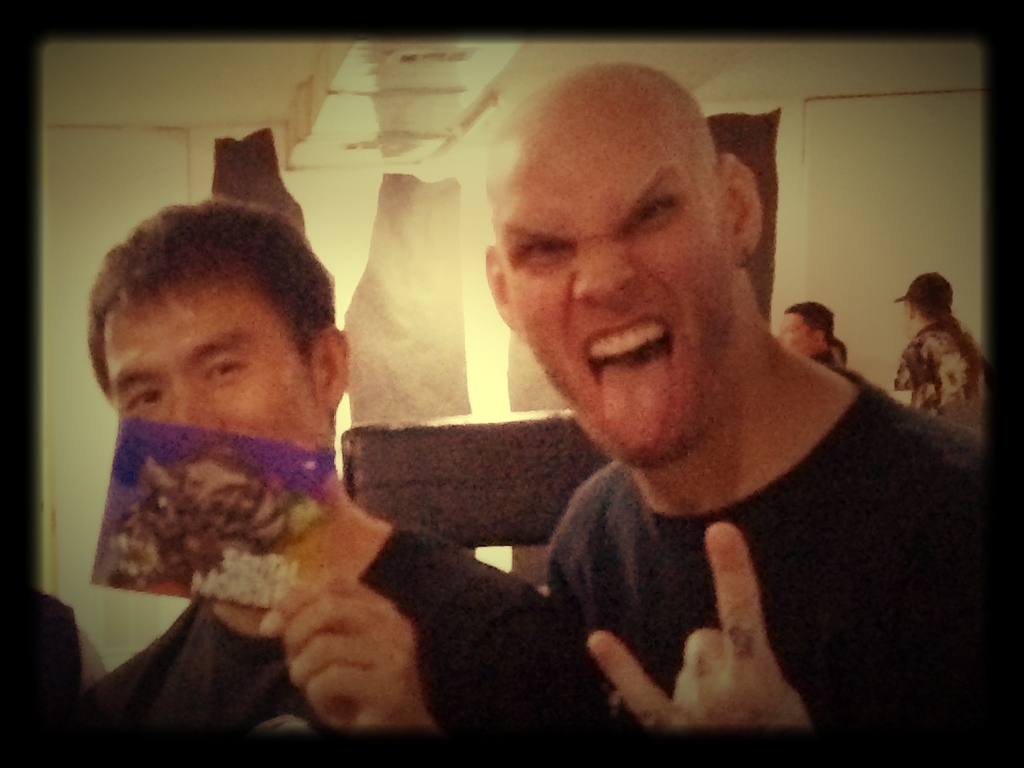