As mentioned previously HERE and HERE a gacha gacha sofubi set of minis will be out sometime next year in conjunction with Toy Art Gallery. This post will break down the "figures" included in the set one by one.

Up first is the mini Alavaka. Alavaka was the first sofubi toy done by DHP and recently has seen a new head sculpt to represent his post demonic, Bodhisattva state of being. The mini Alavaka is meant to capture the moment he fell into great introspective thought and transformed into a devout disciple of the Buddha. I tried to boil the sculpt for the first time to harden the clay and it left it quite discolored and in a way visually unpleasant. The wax should look much better and obviously the final pieces should look much much better as well. But until that time you can check it out below.

Up next...the Naree Pon. According to Thai legend the Naree Pon appeared as beautiful women while the Buddha was meditating. After failing to pull Buddha away from his practice these humanoid pod forms were found left behind on a nearby tree.

Next in line is the omeye. A serpentine hand with its thumb and pointer fingers positioned in a reflective state that cradles it’s own eye. A beast that roams the earth and grumbles the sound \ˈōm\ as it searches for an answer on ultimate reality.

The skower...part skull...part lotus flower. For buddhists, the lotus flower represents purity of body, mind, and spirit. In buddhist art, the lotus is often depicted with 8 petals symbolizing the eightfold path, a core tenet of the buddhist philosophy. While there are more than 8 petals in this sculpt the overarching theme is still there. Discover the eightfold path before death consumes.

I will slowly post the others soon so keep checking back.
Posted by Devilboy at 4:09 PM No comments:

Originally teased here I was going to post more teaser images but the final product is just too good not to share now. Get ready for a 5 color silkscreen print on 24 x 36 cream french 100# coverstock that features glow in the dark ink. These things are gonna be blazin'! Details on a release date are still TBD and there will be a small run of toys to go along with this baby too. GET READY! 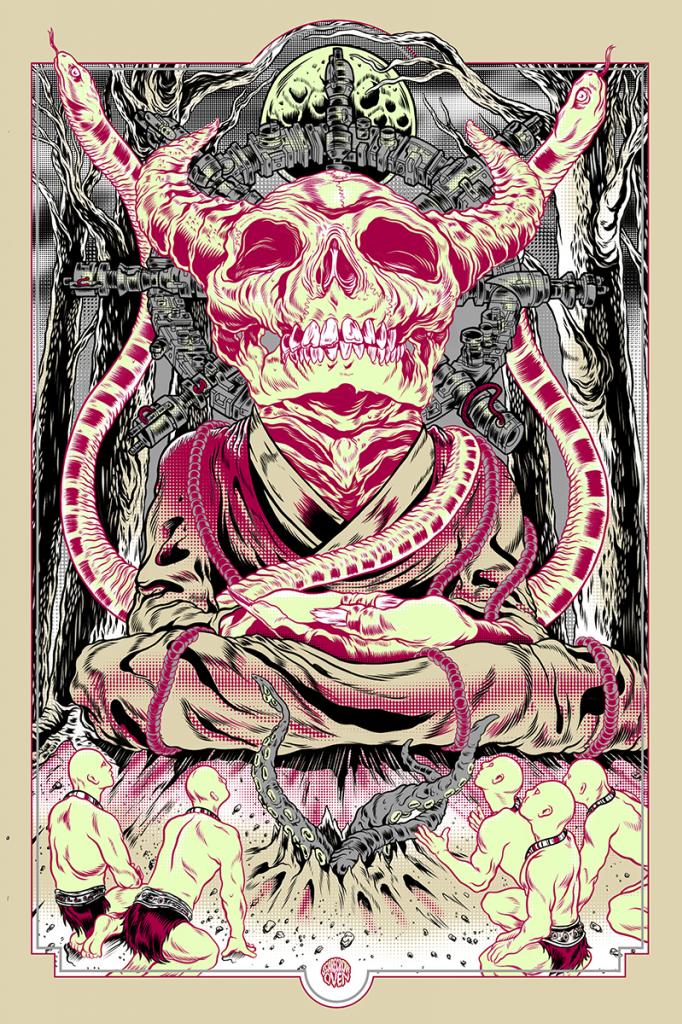 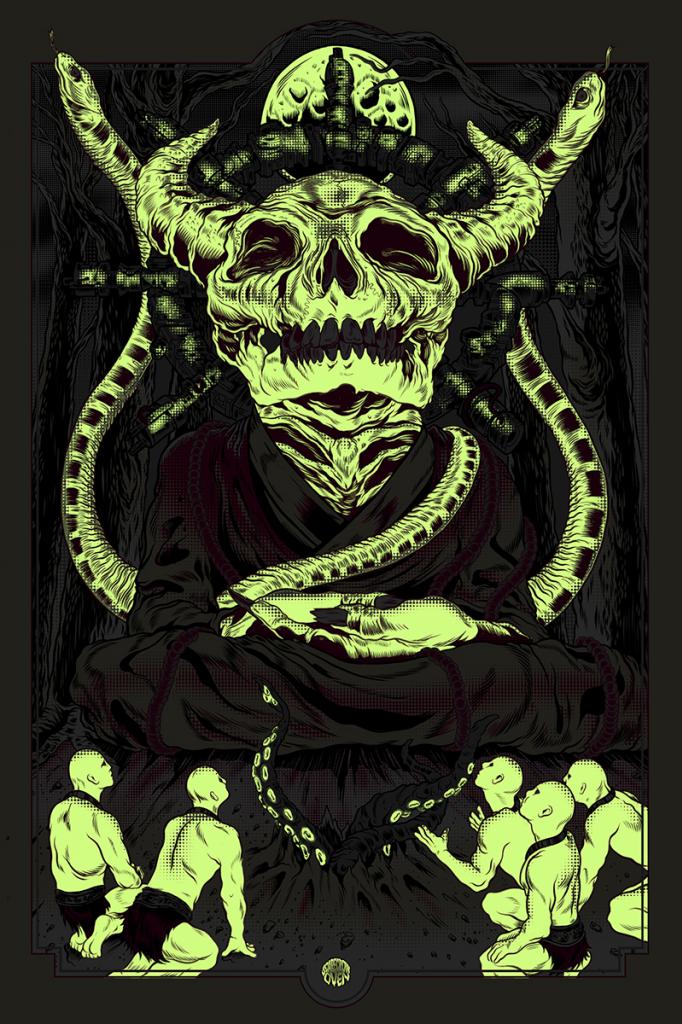 And don't forget there are t-shirts for sale of this awesome design here
Posted by Devilboy at 7:43 PM No comments:

So my 6 Gacha figs are finally sculpted and are off to Toy Art Gallery to get put into their production cue. 3 were done by me and 3 by my friend Joe. No real info on when we can expect to see these in vinyl but I'm hoping early 2015. I'll keep you posted as I find out more. Detailed info on the actual sculpts and their names will follow but for now here is a first look at the set in sculpt form. BOOM!

The toy collaboration release and Glow in the Dark silkscreen print are in the works but if you are fiending for some Scarecrowoven x Alavaka now go grab a shirt over here:
BUY ONE 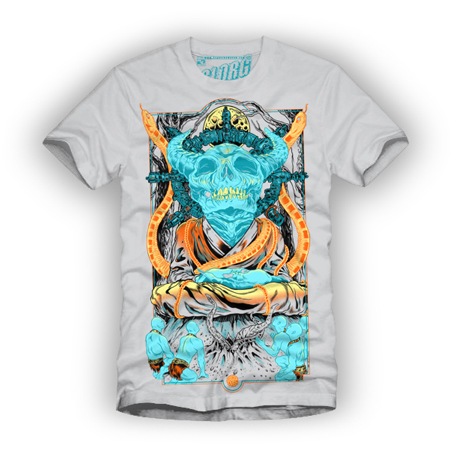