The world tragically lost Scott Godon-Decoteau on October 10, 2018. There will never be another person who embraced the adventurous aspect of life more than he did. These toys are meant to embrace that spirit and have been done with love from one toynerd to another. Mixed parts make it possible for the full color pallet of his company to be present in each set. 100% of the proceeds from the sales will go directly to Scott's son. More info on a release date soon.


UPDATE: These will be in the webshop on July 20th

Here are a few sample images. Each toy/set is sold at random. Images shown are for example only. No two toys are exactly the same and you can not choose your colors. 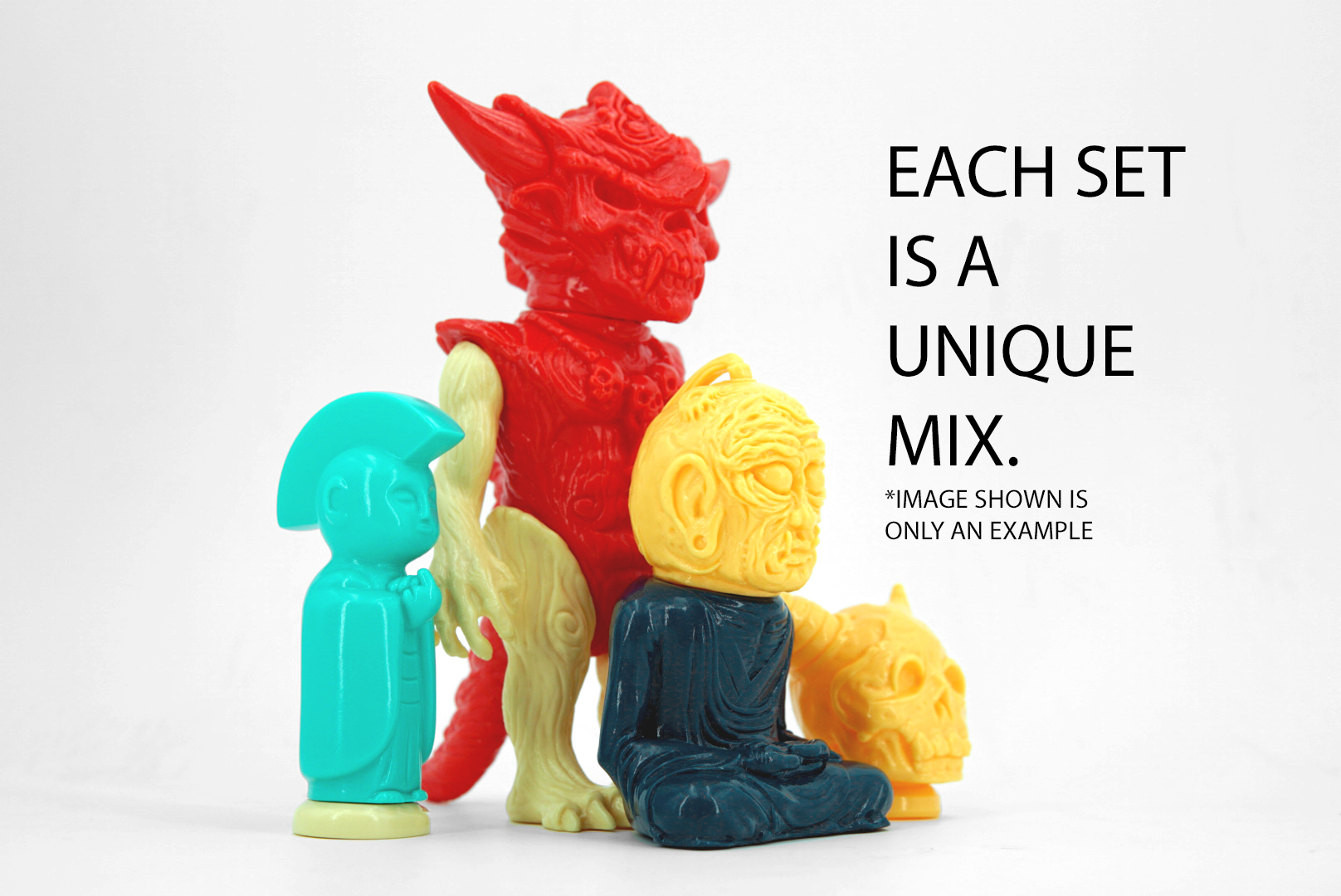 Posted by Devilboy at 9:19 AM No comments:

In the spirit of good karma and philanthropy, a series of 3 different color Jizo-Anarcho's will go on sale via the Dharma Brigade (IG and SHOP) starting with the light grey version. By the time this post goes live it looks like all the Dharma Brigade stock has sold so please grab one from the DHP webshop. Two more colors will follow soon after the light greys have sold out.

100% of the profits from these Jizo's will go toward providing scholarships for meditation retreats for those who cannot afford it. Do some good today and pick one up. As a friendly refresher here is the story of Jozo-Anarcho:

It has been told in ancient Japan that the souls of children who die prematurely are sent to the underworld as punishment for causing great sorrow to their parents. They reside at Sai no Kawara, the river of souls in purgatory, where they pray for Buddha's compassion while building small stone towers that signify the weight of their loss on their parents.

But underworld demons, answering to the command of the old hag Shozuka no Baba, surprise the children each day, scatter their stone towers and beat them mercilessly with iron clubs. It is the renegade Bodhisattva, Jizo-Anarcho who comes to their rescue by befriending the children and hiding them in the sleeves of his robe from the demons when they next arrive.

The evil attacks of Shozuka no Baba and her disciples come to an end when Jizo-Anarcho confronts them and easily parrys every single blow they try to cast upon him. Exhausted from their attacks, Shozuka no Baba and her minions fall to their knees in frustrated defeat. The compassion and friendship provided by Jizo-Anarcho liberates the souls of the children and they are set free as is the grief of their mourning parents. This toy immortalizes the final message sent by Jizo-Anarcho to Shozuka no Baba and her demons as he leaves the banks of Sai no Kawara. With punk rock compassion he turns over his shoulder as he walks away, raises his finger and says…”You are evil and miserable because you are captives of your own ill will. Fuck off and live! May all beings be free.”

UPDATE: The last of the Dharma Brigade Jizos (at least for a while) are up in the webshop. These are colorway #3 and are green marbles. The light grey and orange marbles (colorway #1 and #2) are sold out. THANK YOU to everyone who bought one of these and contributed to the Inward Bound Mindfullness Education (IBME) teen retreat scholarship.

Posted by Devilboy at 8:48 PM No comments: