Continuing with the tradition of passing on some good karma we will be dropping the first batch of 2021 DB Jizos soon. $15 each with 100% of the proceeds going toward scholarships for teens at Inward Bound Mindfulness Education (IBME) retreats. Dennis (shirahamatoy) pulled these for FREE so HUGE hugs and high-fives to him. Black, Milk Chocolate and Dark Chocolate colorways...BOOM! 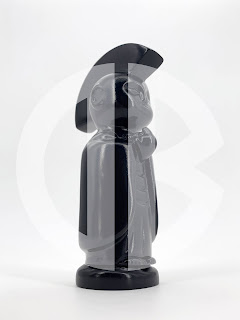 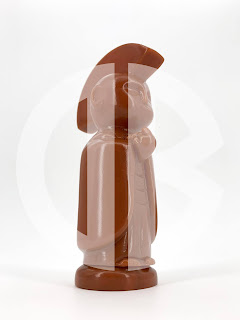 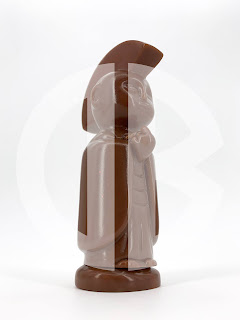 Japanese legend has stated that the souls of children who die prematurely are sent to the underworld as punishment for causing great sorrow to their parents. They reside at Sai no Kawara, the river of souls in purgatory, where they pray for Buddha's compassion while building small stone towers that signify the weight of their loss on their parents.
But underworld demons, answering to the command of the old hag Shozuka no Baba, surprise the children each day, scatter their stone towers and beat them mercilessly with iron clubs. It is the renegade Bodhisattva, Jizo-Anarcho who comes to their rescue by befriending the children and hiding them in the sleeves of his robe from the demons when they next arrive.
The evil attacks of Shozuka no Baba and her disciples come to an end when Jizo-Anarcho confronts them and easily parrys every single blow they try to cast upon him. Exhausted from their attacks, Shozuka no Baba and her minions fall to their knees in frustrated defeat. The compassion and friendship provided by Jizo-Anarcho liberates the souls of the children and they are set free as is the grief of their mourning parents. This toy immortalizes the final message sent by Jizo-Anarcho to Shozuka no Baba and her demons as he leaves the banks of Sai no Kawara. With punk rock compassion he turns over his shoulder as he walks away, raises his finger and says…”You are evil and miserable because you are captives of your own ill will. Fuck off and live! May all beings be free.”

UPDATE: THANK YOU for a super fast sell out and all the support for IBME!