Well...the new "converted" Bodhisattva head sculpt for Alavaka is in Japan and waiting for it's turn for wax, molds and vinyl. It's the first thing I've sculpted since college. Once complete I'm thinking all final runs of Alavaka will contain both heads so some pretty interesting stuff could happen. It's a waiting game right now so check out the pics below while we do... 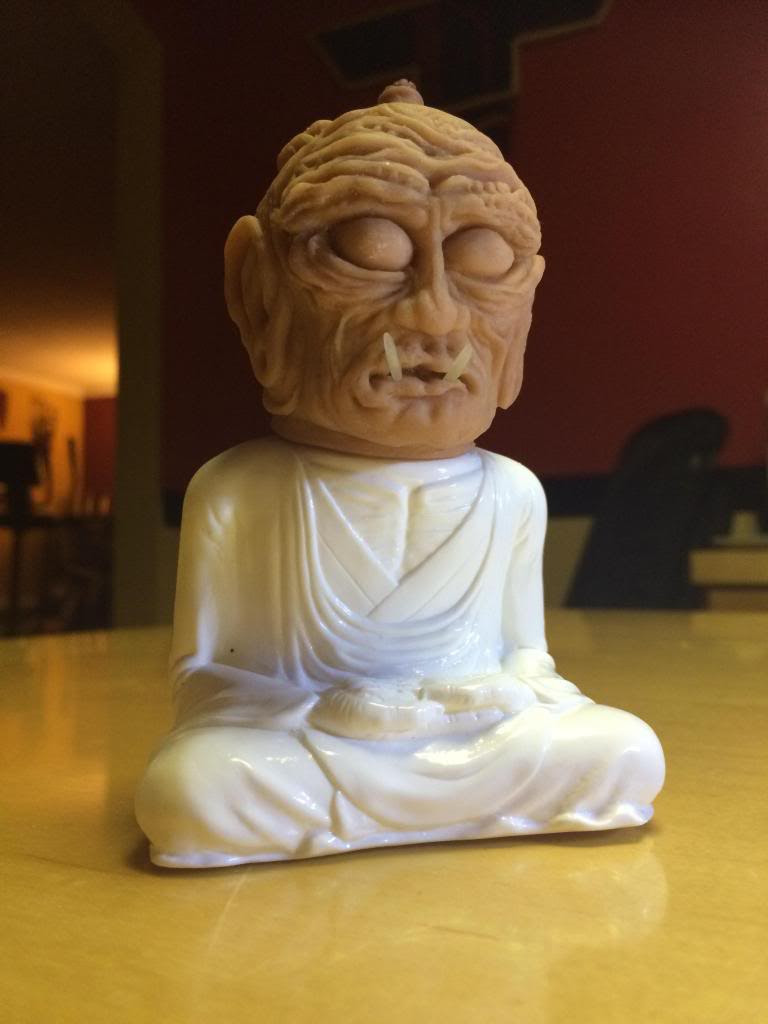 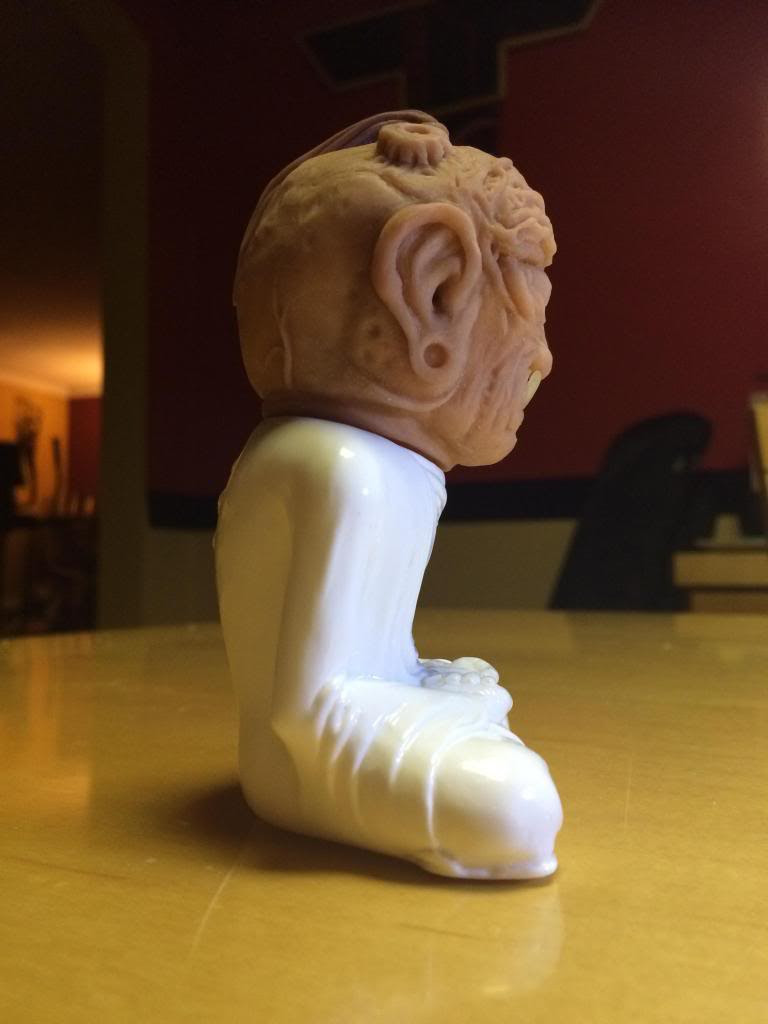 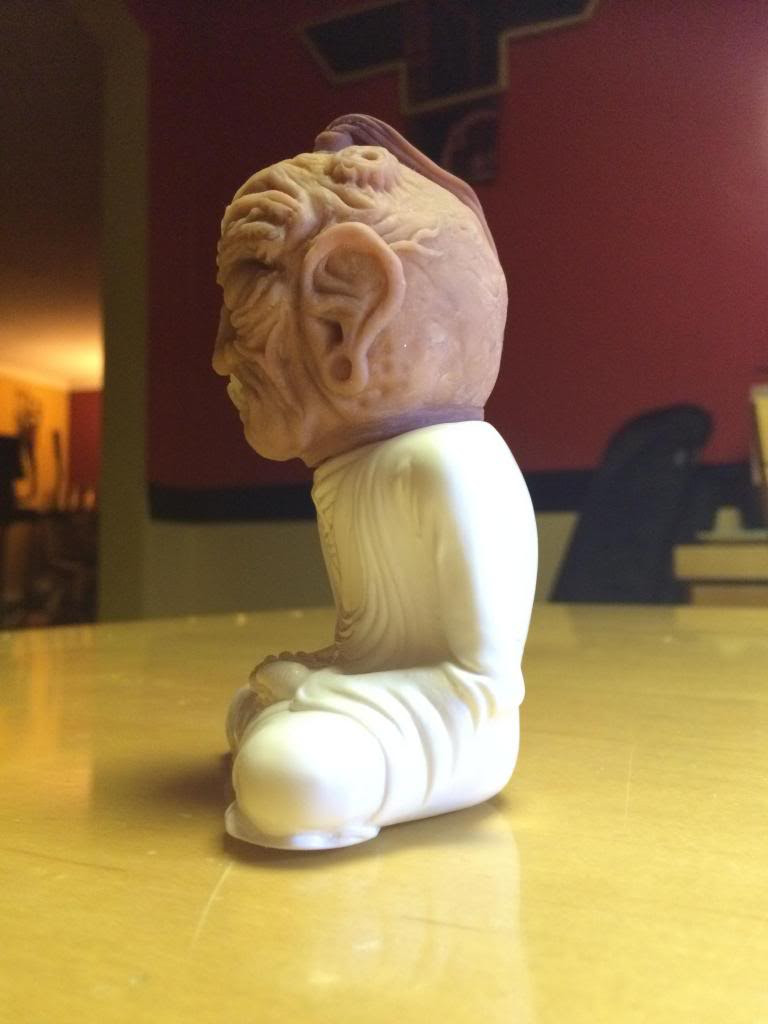 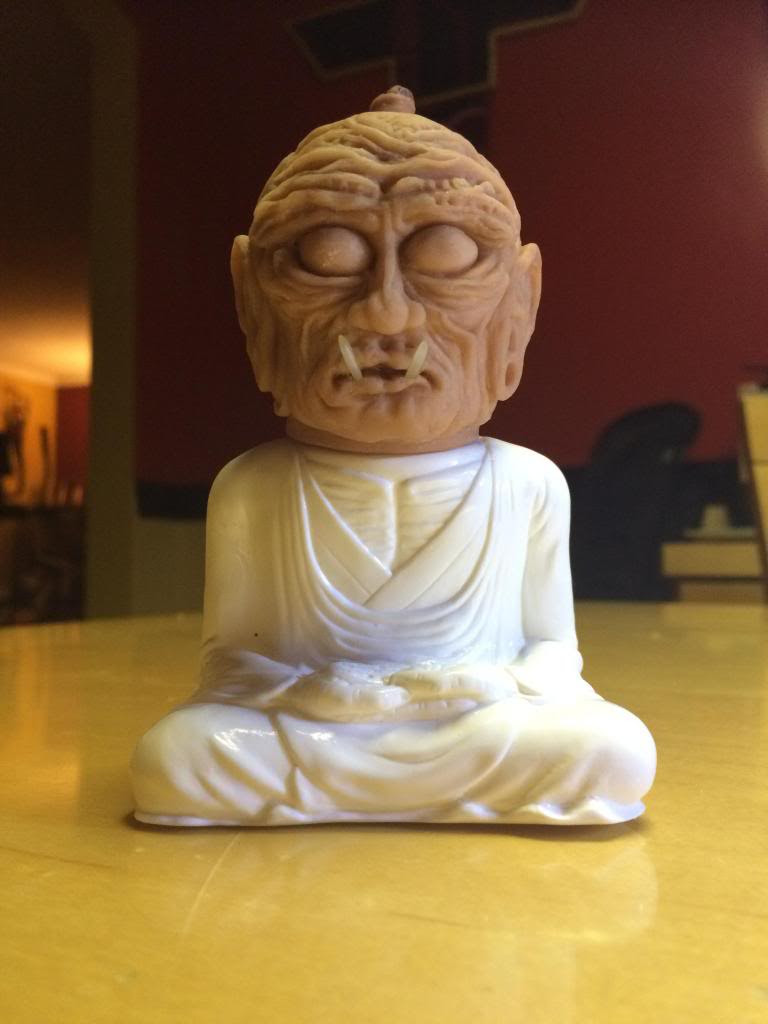 The new head is intended to be Alavaka's "converted" form and a recap on the story of Alavaka can be found below:

A long time ago, the King of Alavi went hunting and was captured by Alavaka. Alavaka lived near the city of Alavi and feasted on human flesh. He was a vile being that was fierce, powerful and crafty who was known to all as “the demon”. The king begged to be released, but in return for his freedom the demon made him promise that he had to send a person to him every day as an offering. The king quickly agreed, afraid for his own life, and fled back home to his palace.

From that day forward, a prisoner was sent from the palace dungeons into the forest with a plate of rice. The prisoner was told that to gain his freedom he had to go to a certain tree, leave the plate and then he was free to do as he pleased. It should come as no surprise that soon the prison became empty. Once again the king became afraid for his own life and thought that Alavaka may seek him out if the offerings ceased. His ministers advised him to leave bits of gold in the streets. Those found picking up the gold would be labelled as thieves and were imprisoned. Soon the palace dungeon was filled once again. The residents quickly caught on to the trick and soon the gold was left untouched. The king began to panic and sent an order to his guard. They started abducting children who were playing in the streets to send for the offering. It wasn’t long before all of the families of the city began to flee, leaving it deserted and the king completely desperate. There was only a single child left - and he was the king’s own son. Hysterical with fear and reluctance, the king ordered that the prince be sent to Alavaka the following morning.

An so it was that the Buddha happened to be near the city that day. As he surveyed the world with his Divine Eye he foresaw what was going to happen. Out of compassion for the king, the prince and Alavaka, the Buddha travelled to the demon’s cave. The demon was away and the Buddha was stopped outside the cave by a gatekeeper. The Buddha said he would wait for Alavaka to return so they could speak and the gatekeeper quickly left to inform his master of the visitor. The Buddha went into the cave and sat with the demon’s wives. He began to speak of the Dharma to the women.

When the demon heard what was happening, he hurried home filled with rage. He created a terrifying thunderstorm which shook the surrounding lands and cities with devastating thunder, lightning, wind and rain. The Buddha sat unafraid. Alavaka rushed into his cave and attacked the Buddha by throwing his spear and club, but before the weapons could touch the Buddha, they fell to his feet. The Buddha sat unafraid. Steaming with anger Alavaka shouted, “Is it right that you, a holy man, should enter and sit amongst a man’s wives when the owner of the house is away?” At this, the Buddha got up to leave the cave. Alavaka thought, “What form of man is this who appears to be so unafraid and composed?” So he calmly called after him and asked the Buddha to enter the cave once again. The demon ordered the Buddha three times to leave and three times to enter the cave, in the hope that he could disorient and kill the Buddha. Each time the Buddha did as he was ordered. But when the demon asked the Buddha to leave for the fourth time the Buddha refused to do so, saying, “I will not obey you, Alavaka. Do whatever you must but I’m going to remain right here.” Unable to force the Buddha to do what he wanted, Alavaka changed his tactics and said, “I will now ask you some questions. If you can not answer them I will slit your throat, drain your blood and devour your heart.”

The Buddha responded calmly, “There is no one, Alavaka, whether man or deva, ascetic, brahma or brahmin who can do such things to me. But if you want to ask your questions, you may do so.”

Alavaka asked some clever questions which had been handed down to him through generations of his family. The demon himself had forgotten the answers, but he had preserved the questions by writing them down. The questions were: “What is the greatest wealth for a man? What brings the highest bliss when well mastered? What is the sweetest of all tastes? Which is the best way of life?” The Buddha then answered: “The greatest wealth for a man is confidence. The true doctrine, when well mastered, brings the highest bliss. The sweetest taste is truth. Wise living is the decent way of life.”

Alavaka asked many more questions, all of which the Buddha answered. The final question was: “Passing from this world to the next, how does one not grieve?” The Buddha’s reply was: “He who possesses these four virtues - truthfulness, good morals, courage and generosity - grieves not after passing away.”

As if shocked by a bolt of lightning, Alavaka dropped to the ground with the clear understanding to the meaning of the Buddha’s words. Alavaka then said, “Now I know what is the secret of my future welfare. It is for my own welfare and good that the Buddha came to Alavi.” Alavaka prostrated before the Buddha and begged to be accepted as a disciple.

At sunrise, when the officers of Alavi came with the king’s young son, they were surprised at the sight of the Buddha preaching to Alavaka, who was listening attentively to his words. When the boy was handed to Alavaka, he grew ashamed of what he had been and covered his face. After a moments pause, he stroked the boy on the head, kissed him and handed him back to the officers. It was then that the Buddha blessed the child and Alavaka.
Posted by Devilboy at 9:30 AM No comments:

It seems The Masked Digglers are making their way to homes. Below is a checklist of the release: 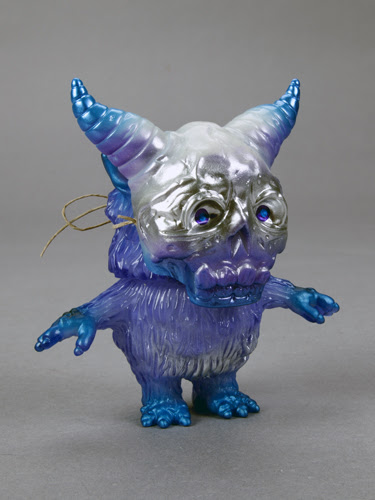 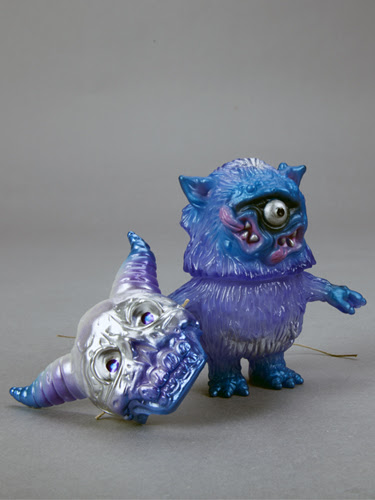 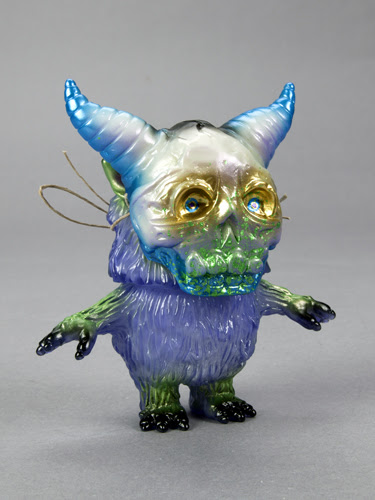 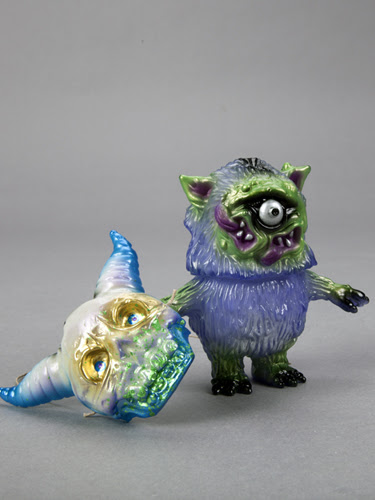 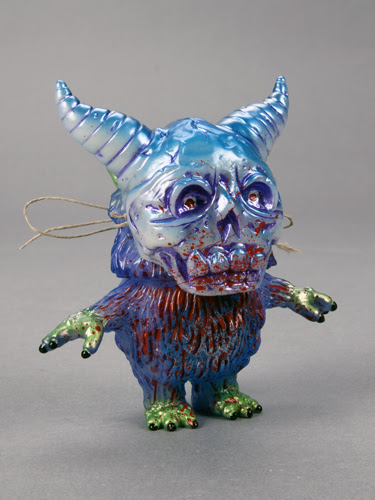 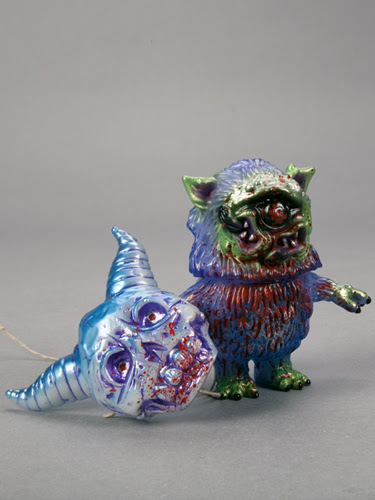 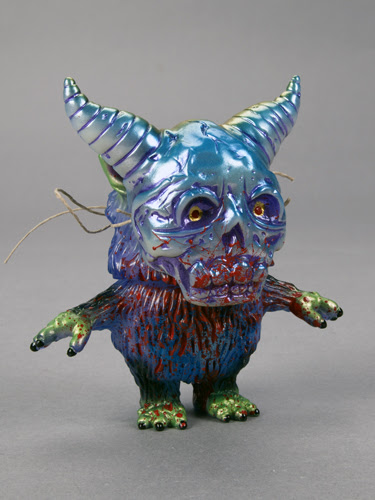 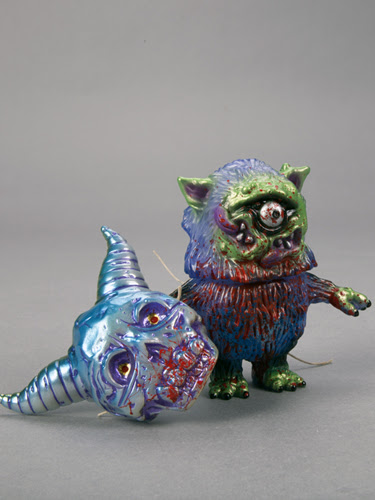 Posted by Devilboy at 7:11 AM No comments:

Splurrt x DHP collaboration is in the final prep stages. Variants, chases and splatter oh my! Check out the header below. 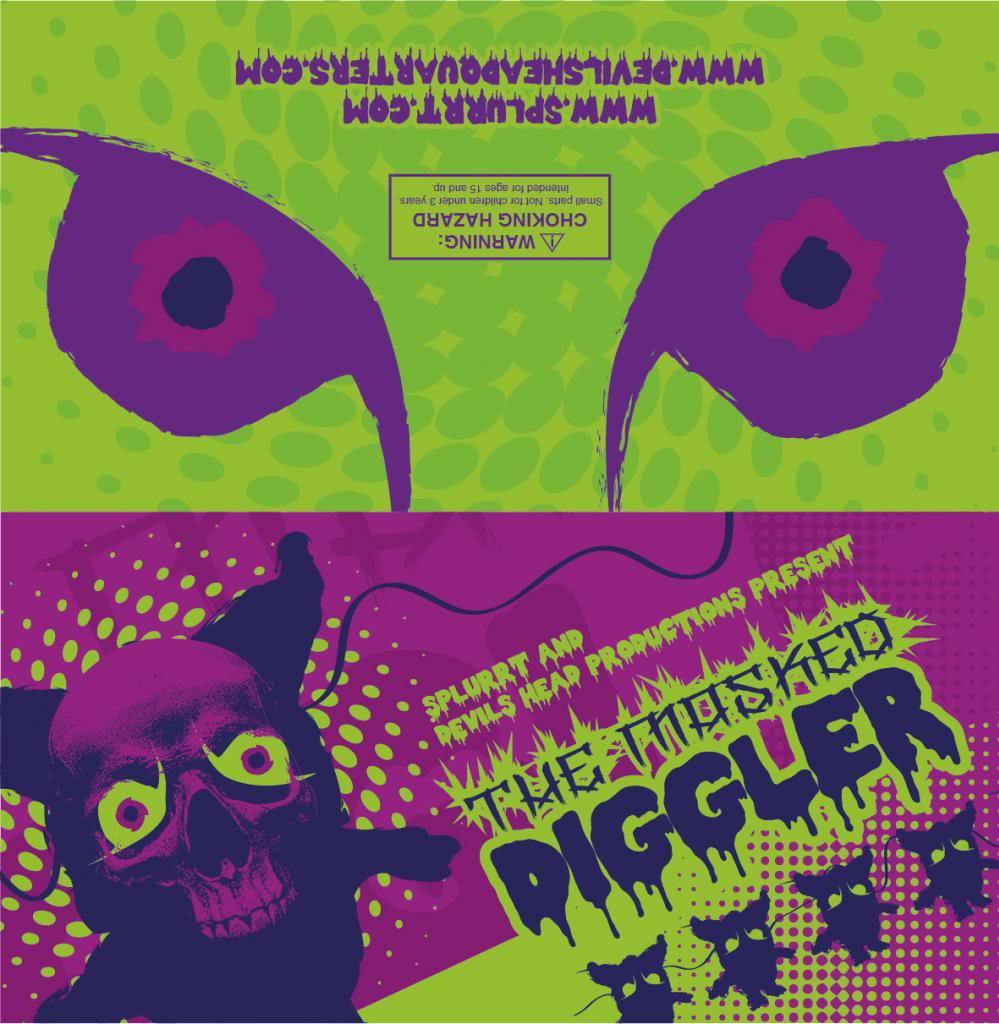 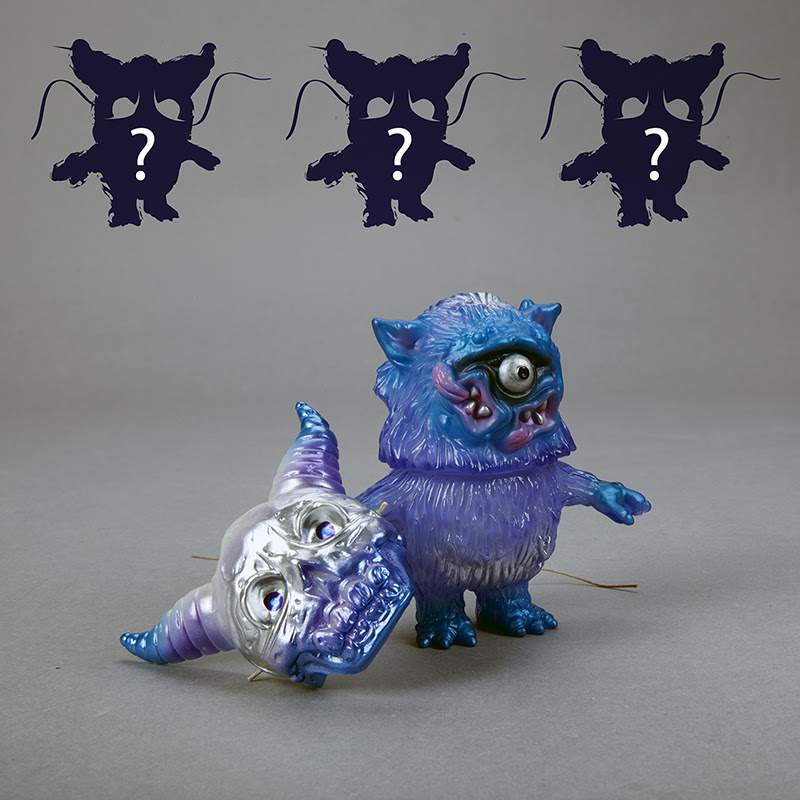 Here is the more I mentioned. 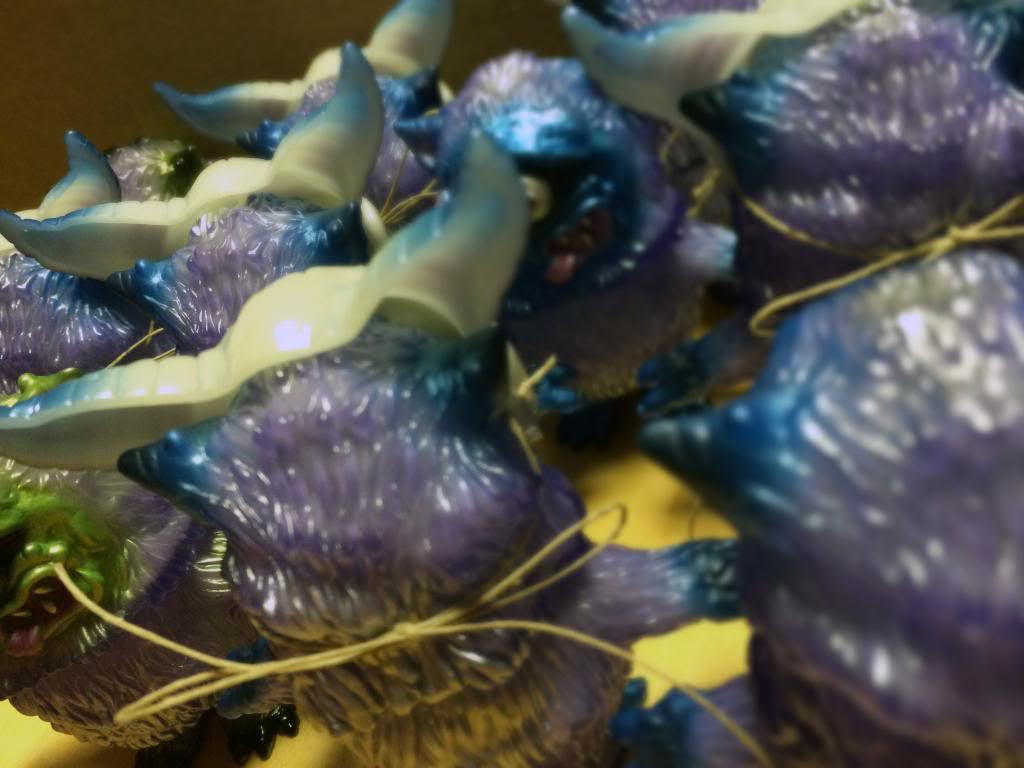 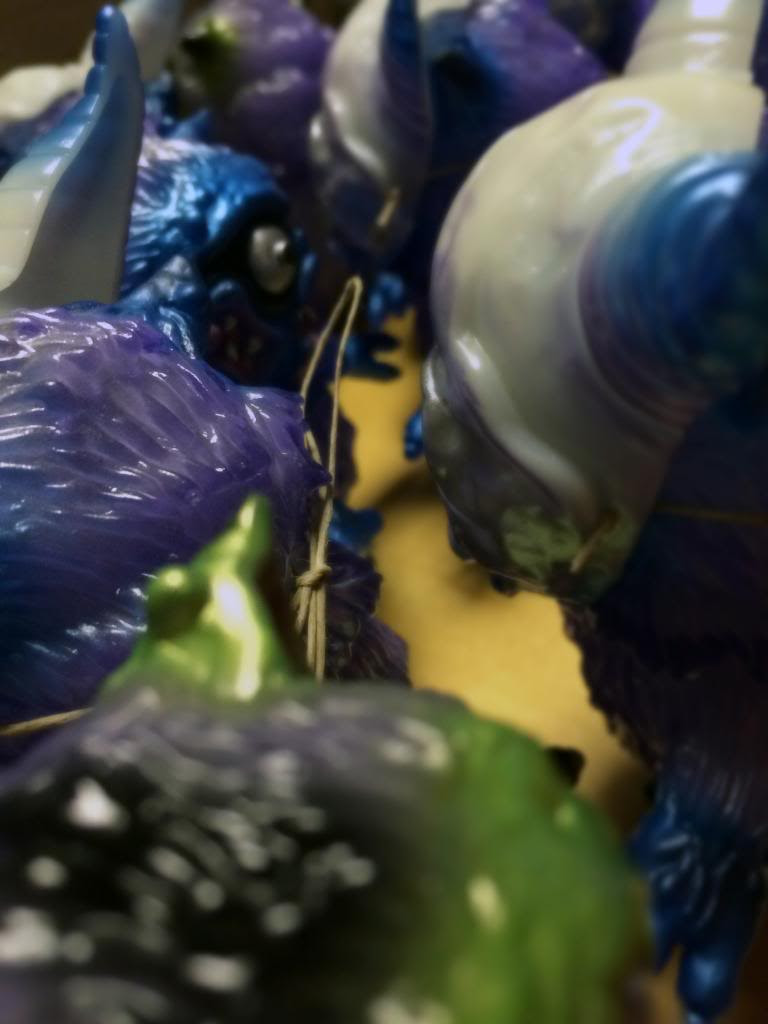 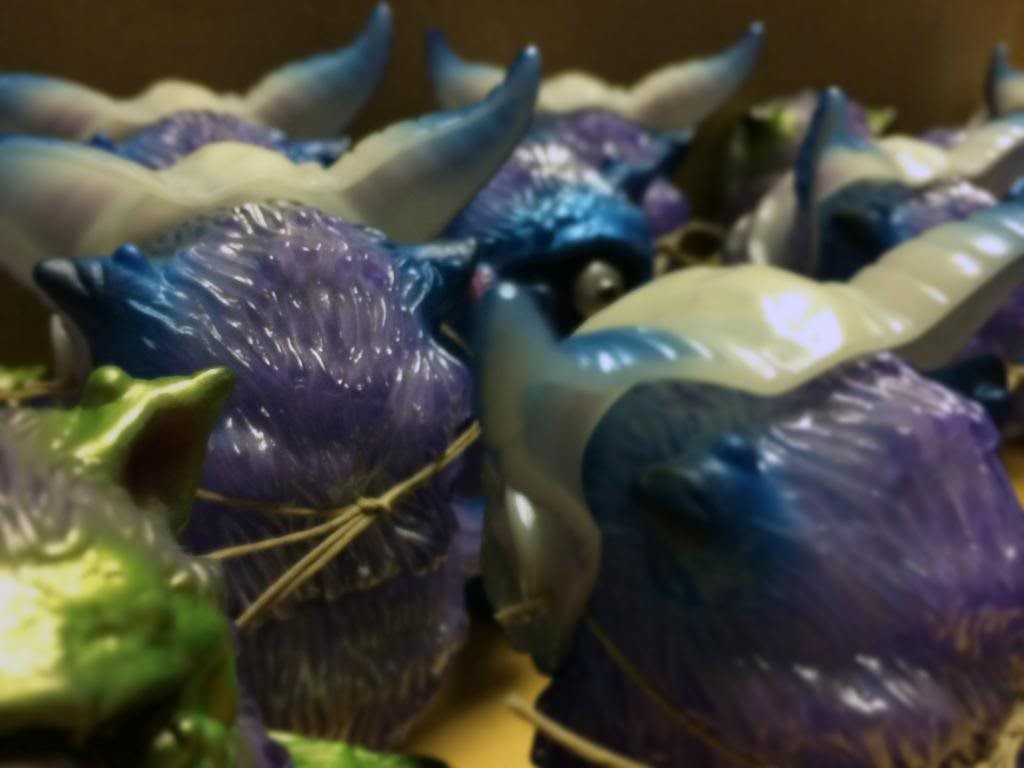 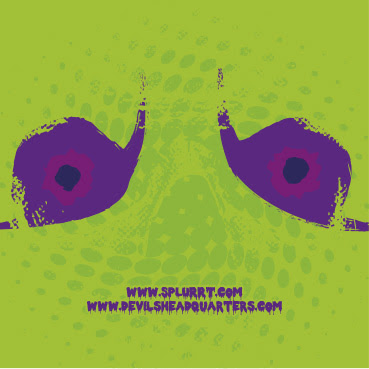