A bunch of new toy releases will hit the webshop on New Year's Day. Things that sparkle, things that glow and an all new golden general to lead his sentai into battle!

A message from AdamD..."2020 can suck it! Fuck that year!" But that sharp, snark remark was followed by some glowing optimism. "2021 is going to be a golden year! I promise to rise from the ash of 2020 and return to the stage to stomp on frowns, pound many a brew and mosh!" So fear not...your hero has returned. To celebrate this shiny new year of metal this AdamD figure has been cast in GID vinyl embedded with gold glitter. Bright and shiny gold paint spray highlight his features to illuminate his rally cry. $30...made in Japan, painted in the USA. Not intended for children under 14 years old. 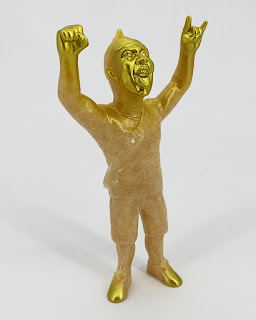 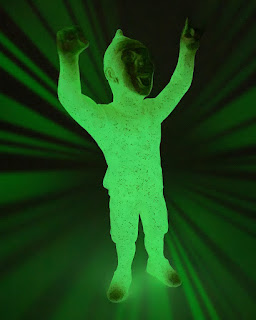 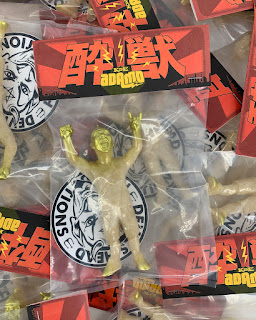 It's twins for the blue year (but they aren't identical). Cast in either electric blue GID vinyl infused with glitter or clear vinyl with blue and silver glitter, these monks of punk have been painted up with hits of various shades of opaque blue, white, silver and metallic blue paints. The devil is in the details and each one has been finished off with a neon dot (green, pink, orange and yellow) on the front of their robes. Sold at random so you won't know what color dot you get until you receive it. Made in Japan...painted in the USA. Not intended for children under 14 years old. $30 each. 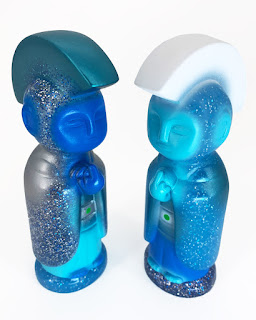 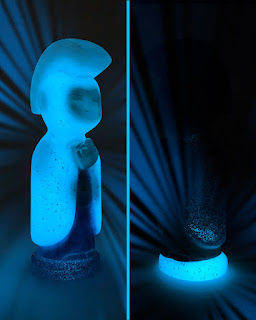 Wait...more twins? Yep, and once again these aren't identical. The core of each figure (head, torso and tail) is either electric blue GID vinyl infused with glitter OR clear vinyl infused with blue/silver glitter while the arms/legs are the other color vinyl making these blue mash up monster twins. Each figure has been painted the same way over top the mixed vinyl bodies with hits of greens, blues, pink, red, silver, and other metallic paints. Green twine wraps on the hands finish them off. Direct sunlight for 10 minutes or so charges up the GID parts to glow for hours! $100 each...made in Japan...painted in the USA. Not intended for children under 14 years old. 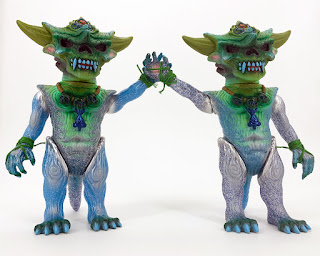 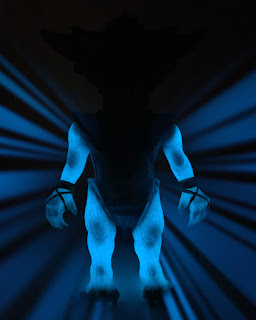 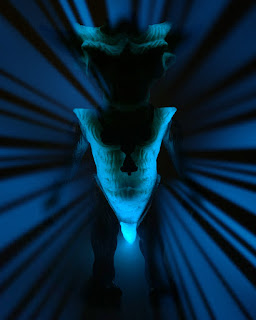